Today, most countries encourage their citizens to opt for either regular cycles or electric bicycles. The usage of regular cycles over traditional vehicles is always beneficial to the environment, but many people avoid cycling for various reasons. However, an electric bicycle can be a game-changer by becoming this decade’s most extensive green transportation option. Think of electric bikes in the same way as petrol-powered scooters, instead of a regular bicycle.

An electric bicycle is powered by rechargeable batteries that can go up to 25-40 km/h. This means it is more efficient than the standard cycle and can quickly get you to your destination. Let’s take a closer look at the benefits and other aspects of an electric bicycle:

What exactly is an electric bicycle?

An electric bicycle comes equipped with an electric motor and is the most advanced technology in the bicycle business. It comes embedded with a battery and an electric motor to assist you on your way. This means you can ride it just like a regular bicycle without much effort.

There are two significant kinds of Electric bicycles: pedal assist and throttle assist. The motor of an electric bike works by automatically turning to its (quiet) motor once you throttle or pedal.

An electric bicycle that is pedal-operated is the most sought-after choice. When you pedal your bike, it is activated, and then it starts working. On the other hand, a throttle-assist electric bicycle is like a standard motorbike. It functions by accelerating the throttle. Electric bicycles come in various styles, from commuter bikes to full-suspension mountain bicycles.

Laws generally control power output from motors (operated with pedals). Most of the time, they come with a maximum output power of 250 watts. Electric bicycles equipped with a throttle-based motor system have somewhat different output regulations. They are primarily available with an output of up to 200 watts. However, their speed limit is restricted to a maximum of 25 km/h.

An electric bicycle is a green bike. It’s like an ordinary bicycle, but it runs on electric power, not liquid fuel. It doesn’t release harmful emissions into the air. The same holds for why electric bicycles do not generate noise pollution.

It can be a healthy option if you’re riding a pedal-operated electric bicycle. When you press the pedals, your entire body is working. This means you’re exercising when you use the pedals of your electric bike.

You can enjoy riding an electric bicycle that exceeds 25 km/h when in motor assistance mode. This is sufficient for riding on city streets and all over the place.

You might be aware that 25km/h is the maximum speed permitted by the government’s law; otherwise, the electric bicycle can go much faster based on your motor’s power. However, motor manufacturers restrict the speed for you.

An electric bicycle can take around 3 to 8 hours to recharge fully. Even if the battery gets discharged in the middle of your journey, you can switch to the pedal mode and ride it like a regular bicycle through continuing pedalling. One can find a wide variety of electric bicycles from leading cycle manufacturers in the market. Whether you are trying to find cargo, family bikes, folding bikes, city bikes, road bikes or mountain bikes, the bicycle prices won’t burn a hole in your pocket, as they are priced sensibly. Usually, Electric bicycles don’t require much maintenance. You need to keep the electric bike clean, lubricate its drive system and regularly check the wheels and chain. They are very easy to repair if you ever encounter any problem, just like your standard cycle.

The economical way of buying your favourite electric bicycles

You can now purchase the latest electric bike by using the Bajaj Finserv EMI Network card without the compulsion to pay the entire product cost at once, thanks to the No Cost EMIs option. The Bajaj Finserv EMI Cards comes bundled with a pre-approved credit line of up to Rs. 4 lakh. You can also rely on the EMI Network card for your shopping at any 1.2 Lakh+ offline and online shops across India. 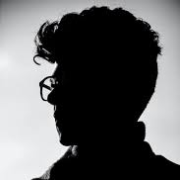 Everything You Need To Know About Dokan vendor app